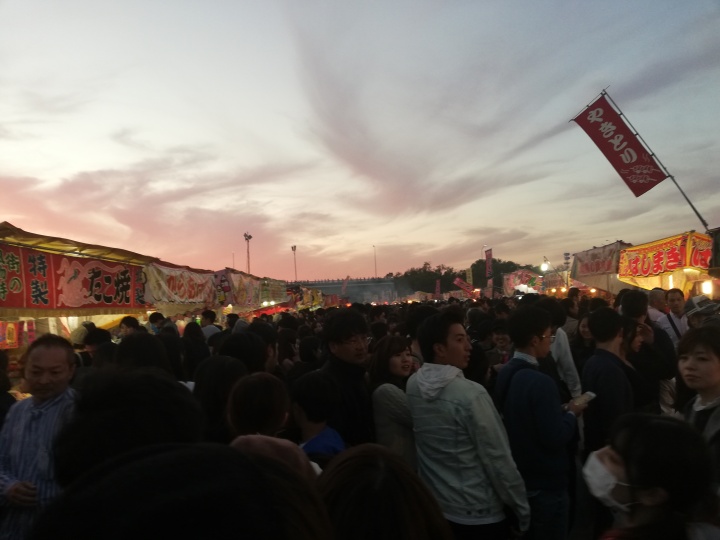 Although the last few weeks have been HECTIC I wanted to spend the last few days before I head off for Christmas getting organized. With so much happening all the time, it’s been pretty difficult to write consistently, but when I do get down to write at least there’s plenty of content!

October was amazing, it was the month where I fully celebrated Autumn and all of the heart-warming traditions from back home, before being hit with November’s homesickness.

The month kicked off with my school’s undoukai (sports day). Everyone had prepped for so long, changing the daily schedule for practice and getting banners sorted. Happy to report, it all paid off.

The grounds looked awesome and everyone was really excited and supportive. Classes cheered each other on and families gathered on picnic blankets to watch their kids was sweet. I really got to feel the community spirit of the town, and I even got to take part and run in the racket ball relay!

Next up was my trip to Fukuoka, which I’ve already told you guys about!

It was a well needed trip and it’s good to look back on. I can see more clearly the smooth progression towards being comfortable, and actually craving, travelling alone. 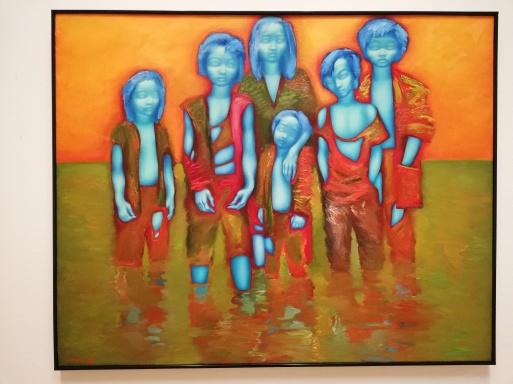 The warmth of October hit me full force at the Cosmos Festival.

The lights from the food stalls, live music and the stream of candles cutting through the floral plateau, which sat in the shadow of the mountain, made me all fuzzy inside. The experience was enhanced further by my first time trying a tornado potato.

It was here, sat on a teeny thermal mat with 7 other people, looking up at the fireworks, that I got a little teary.

I am in Japan.

It all hit at once, as it has continued and will continue to do.

I remembered my mum and how important Bonfire Night is to her, so being able to celebrate it in some way combined with the grandeur of the moment swept me up, and it felt good.

After this, I apparently got the taste for explosive sky flowers, next attending Yatsushiro for the annual firework festival. Now these fireworks… wow. The whole event was crazy, people came out in the thousands and there were food stalls everywhere.

We got there early on and so could just chill out in the sun, walk around and enjoy the whole vibe before the fireworks started.

After that weekend I spent more time local. I got to meet a lady in Hitoyoshi, Seoto san. Her English was insanely good and she’s been a friend to ALTs for years, so it was awesome to meet her. Since, we’ve been to zazen meditation, out to dinner, 2nd hand shopping and she even helped me set up a gym membership!

On Sunday 21st I volunteered to help out at my town’s marathon with the other ALTs. We got to wear matching polos and hand out water to the runners. I was surprised to see so many of my kids there to run, reminded again that I live in a small town. It was a great way to get talking to people and catch up with teachers and kids outside of the classroom.

October reinforced the chaotic beauty of teaching, how every day and every lesson is never the same. I’d go from a class of kids launching baseballs at the back of the class, to being asked to sign hats to a visit from a famous sax player.

Safe to say that every day brings something a little different, and even though it can be hard to see at times, every one of those experiences is a good one.

The back end of October was dedicated to Halloween, one of my favourite holidays. I decorated the house, made themed English boards at school, cooked scouse, watched scary films and completed House of the Dead at the local arcade.

I dressed up, going on a reverse trick or treat (an amazing idea from Kira) handing out sweets to the neighbours on Halloween night. I even got to surprise my host family, turning up at their house as an alien.

If I had to summarise October in a word I would probably use- homey.

It was homey in the sense that home was on my mind more than it was the month before, in the fireworks at Yatsushiro, in my eikaiwa (adult English) classes and in my spookied-out house.

It was homey in the sense that I spent more time in my hometown and seeing all the cool things I could get involved in.

It was homey in the sense that I felt comfortable, I was doing things that I had never done before and wasn’t phased by it at all; helped by the fact that I was getting to make real connections with people and real friendships too.

Looking back, I see the whole of my October as the fireplace back home in the UK; where I used to plonk myself straight from school, still in my uniform, eating an overflowing bowl of chilli tuned into Disney Channel.

And if October was the fireplace, those unhealthy relationships back home were slow burning embers, soon to burn out.

Ignorant of the icy months that were to follow, October was warm.