This Christmas break, despite that old familiar nagging guilt that comes with not doing enough work, was a holiday of firsts. I had my first Christmas with my bestie, first Christmas tree with tinsel (banned from my mum’s for being ‘tacky’) and my first official date. Now I’m not going into mega deets, but it was very festive, there were Christmas Markets, there was mulled wine and there were butterflies.

So, when the Christmas break rudely came to an end, the blossoming romance looked grey, with my guy moving back to a university 3½ hours away. Adding insult to injury, I knew that the next two weeks would be an absolute barrage of stress, starting with a double deadline day on my first day back, a weekend in Portugal for my mum’s birthday, and all that that entails, including changing euros, printing boarding passes and other adulty things like buying travel insurance. On top of that throw in work shifts, course readings, another deadline and a trip to London for a super formal interview that I’ve been worrying about for months.

Despite this, I decided that there was another little job to add to my list. In a pretty spontaneous decision, the night before, I decided that after a 4am start submitting my double deadline, I would make a trip up to see my guy, knowing that seeing him after this would be almost impossible until after my interview.

So, after a 6-hour library session, submitting my essays 1 minute prior to deadline, shoving a cheeky vegan wrap into my face on the way to the car and setting my maps for his house (unknowing at this point of the ticked ‘Avoid Motorways’ filter), off I went! I was a little nervous, as this was the longest drive I’d done alone, but my uni was on the way, supposedly cutting an hour from the driving time.

However, this was not the case. Five minutes into leaving uni, my maps lost signal and I was lost already. But did I give up? Of course not! I pulled up, gathered my bearings and pushed my little 2000 Nissan Micra, Mushu, along a lot of winding, bumpy, narrow and steep country roads.

It is at this point that I have to give a word of warning. If you decide to take on the country roads, beware of animals and be prepared to shout random shit at cheeky pheasants with a death wish eyeing up your bonnet.

That hazard aside, the drive was literally one of the most stunning things I’ve seen. It was basically a 3-hour exhibition of natural beauty that I had completely forgotten existed in Britain. As soon as I set off from Lancaster there were fields upon fields of cows and horses and my neck was constantly on a swivel.

I unknowingly stumbled upon the Forest of Bowland. The roads were surrounded by sheep, squirrels and a plethora of birds, including buzzards and pheasants, that you just don’t see on the motorway. There was even a part of the road where you slowed to 15mph for the bend, where a little plot of land with a house was surrounded by trees on either side of the road and it was like the setting of your standard video game homestead!

Then, from the forest I got to the Yorkshire Dales and oh my God. This was unbelievable! There were mountains either side of me and green fields, with scattered rocks and boulders like little precious stones, decorating the landscape. I drove over wide, rushing rivers and stone walls that made me feel like I was out of a Studio Ghibli film. 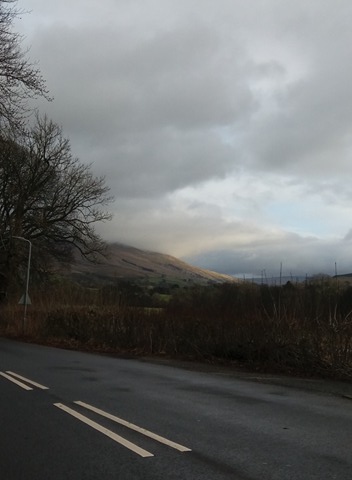 A little later on, I passed a farm house with its’ garden melting into the grass outside, where a herd of sheep were just chilling… right near the road! Just after that, the road and the land surrounding it leveled out. It was here, as I got higher up, that the sun broke through the mundane grey clouds and highlighted everything perfectly, pushing the landscape to a new level. The absolute beauty of the views got me a little teary and made me forget the heavy ache in the Achilles tendon of my accelerator foot and the fuzz between my eyes from hours of concentrating and looking around.

I then came to the A66 past Kirkby-Stephen and had a tour of a load of tiny little villages and castles, passing roadside garages that reminded me of the 90’s American horror films that I’ve been obsessed with since I was little.

It was then, as I stopped off at Sainsbury’s in Buckland Auckland for a wee and freshen up, that I noticed that ticked ‘Avoid Motorways’ filter box and, after laughing at myself for being a moron, turned it off and carried on for another 40 minutes before finally getting to Sunderland, feeling like Nellie Bly. 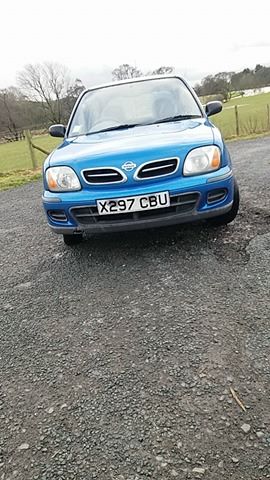 After a super chilled night of watching films, chatting with his awesome housemates and just generally loving each other’s company, as well as an equally chilled morning trying to erase my memory of PS controls for XBOX to play Resident Evil, it was time to go. Despite wishing I could stay longer, knowing that it was going to be a while till I saw him again, I headed off at about 1.30pm for what was to be the grimmest drive of my life: consisting of detours through Leeds, nearly running out of petrol in Bradford, blizzards, hailstones making the M62 unbelievably icy and hitting rush-hour traffic in Manchester.

Nevertheless, as I stumbled through my front door, orbited by my three bags, that little buzz was still there and I was so glad I did it. I felt bad for not taking more pictures, but I think that even if I did they wouldn’t do it justice, so I guess, to get an idea of the awesome views I’m on about, you’ll just have to go out and find them yourself!